The constellation of nervous expertise
​ 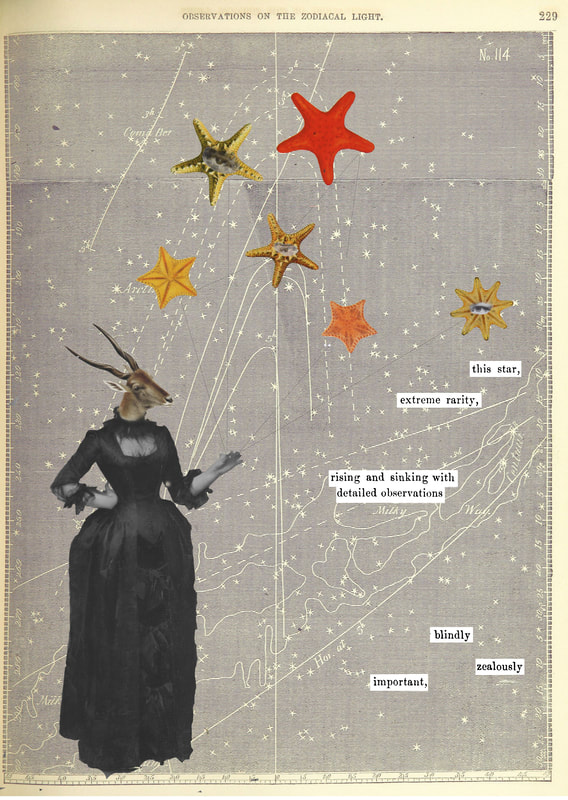 The constellation of uneven choreography 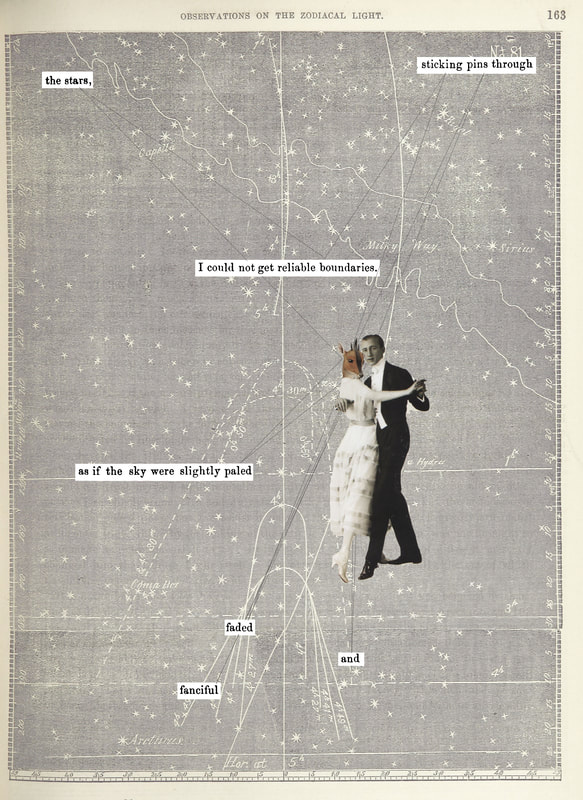 The constellation of observant clouds 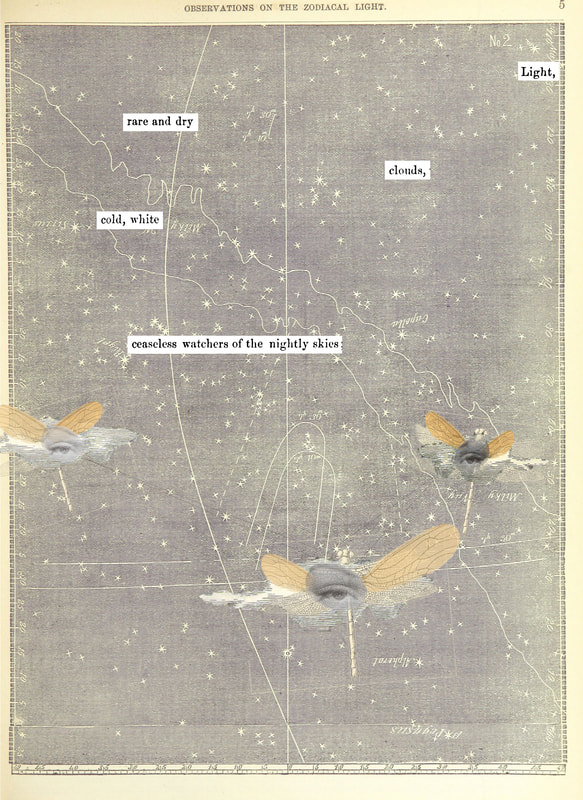 Source: Jones, G. (1856). Observations on the zodiacal light: from April 2, 1853, to April 22, 1855, made chiefly on board the United States Steamfrigate Mississippi, during her late cruise in eastern seas, and her voyage homeward; with conclusions from the data thus obtained. Washington: B. Tucker.


Sarah-Jane Crowson's work is inspired by fairytales, psychogeography and surrealism. She uses bricolage to investigate the unusual and surprising; exploring the space between real and imagined.  She is an educator at Hereford College of Arts, and a postgraduate researcher at Birmingham City University, investigating ideas of the 'critical radical rural'. You can find her on Twitter @Sarahjfc.